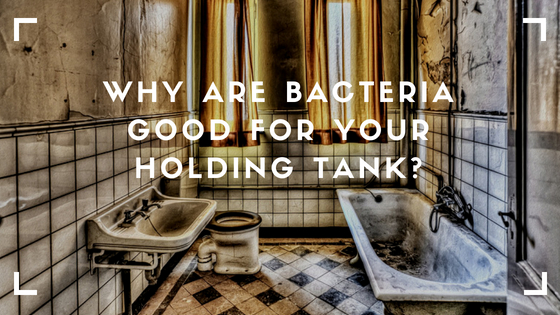 Most of us commonly think that treatments for holding tanks are just there to eliminate odors. To properly treat a holding tank however, our goals should include both breaking down wastes and eliminating odors.

This is the only treatment that can perform both waste digestion and odor elimination.

What makes it even better is the fact that it’s made up of safe and naturally occurring bacteria.

If you are not yet familiar with bacteria treatments for holding tanks then continue reading.

Unlike what most people think, bacteria aren’t always bad. Bacteria can be waste digesters and odor eliminator. The best part here is that you can be sure that it’s 100 % natural. Its process of doing this is purely natural as well.

When bacteria product is applied to your holding tank, the initial reaction of these bacteria is to digest the present waste in the tank resulting to liquefied contents. This solves the problem of clogged tanks.

Moving on to the next goal: odor elimination. With bacteria treatment, you can be sure that odor is eliminated and is not just masked.

Aside from being able to digest wastes and eliminate odor, they also multiply on their own. So you won’t be needing to apply more bacteria when you have already added before.